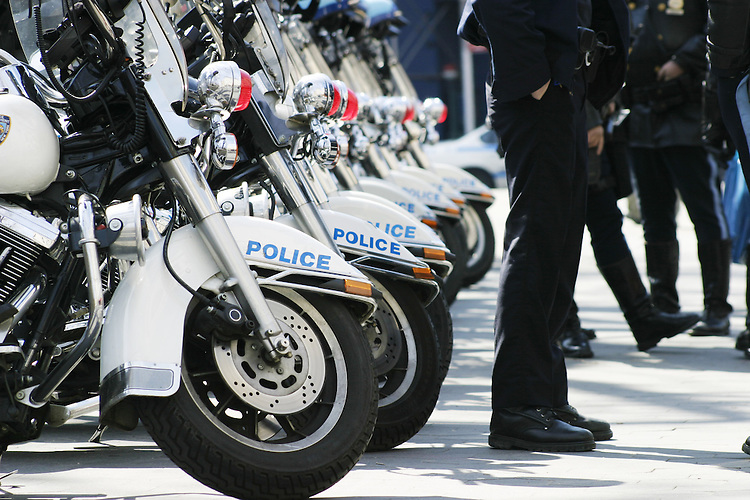 Police presence is high as hundreds of thousands of people (exact numbers depend on who is asked) take to the streets of New York City on March 20, 2004 to protest the continuing wars in Iraq and Afghanistan, domestic policies such as the Patriot Act, and the George W. Bush administration in general.

The protest was coordinated by United for Peace and Justice, a coalition of over 1,000 international organizations that was founded in late 2002 to protest the imminent war in Iraq.