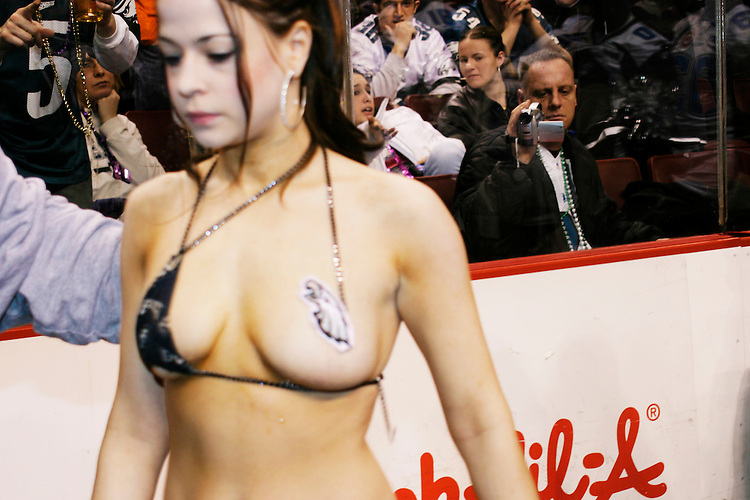 Cameras, and Wingettes, are ubiquitous at the 13th annual Wing Bowl, held in Philadelphia on February 4, 2005 at the Wachovia Center.