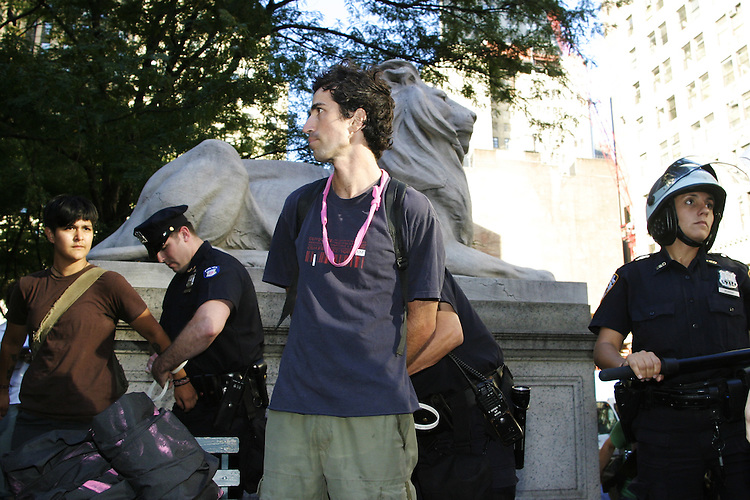 A young man is arrested at the New York Public Library in New York City on August 31, 2004 during the Republican National Convention. The library steps were a meeting point for a group calling itself the A31 Action Coalition which called for civil disobedience on a mass scale that day. The library steps quickly cleared as police began arresting people, sometimes indiscriminately.