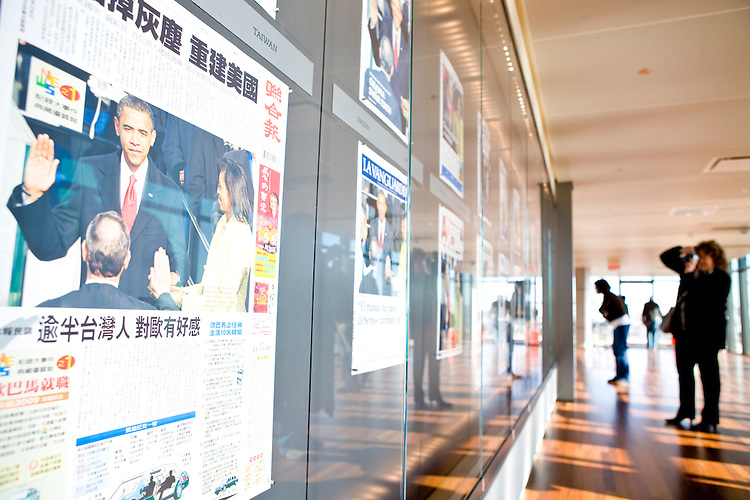 At the Newseum in Washington D.C. the day after Barack Obama was sworn in as President people still clamored to record a part of history, as they took photos of newspapers from around the world reporting on the inauguration.