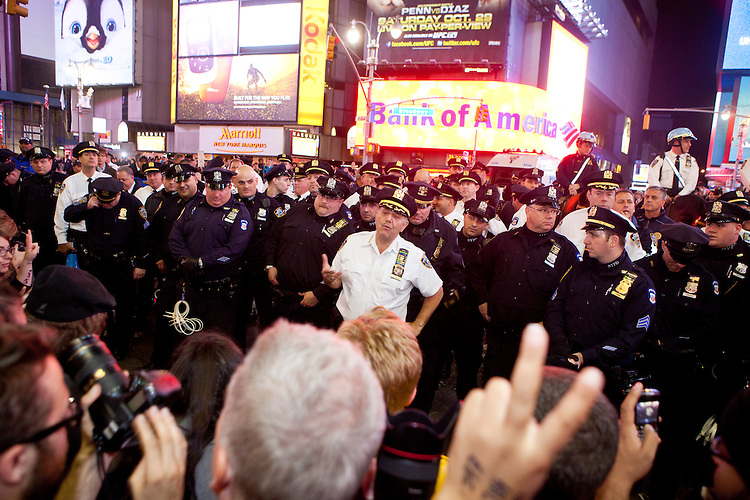 NYPD Chief of Department Joseph Esposito talks to protesters with "Occupy Wall Street", who are blocked by barricades in Times Square on October 15, 2011 in New York City. While crowd estimates numbered in the tens of thousands, police tactics (including nets, motor scooters, barricades, arrests, and intimidation by riders on horseback) prevented the crowd, which had been split up, from joining together as one in the middle of Times Square.