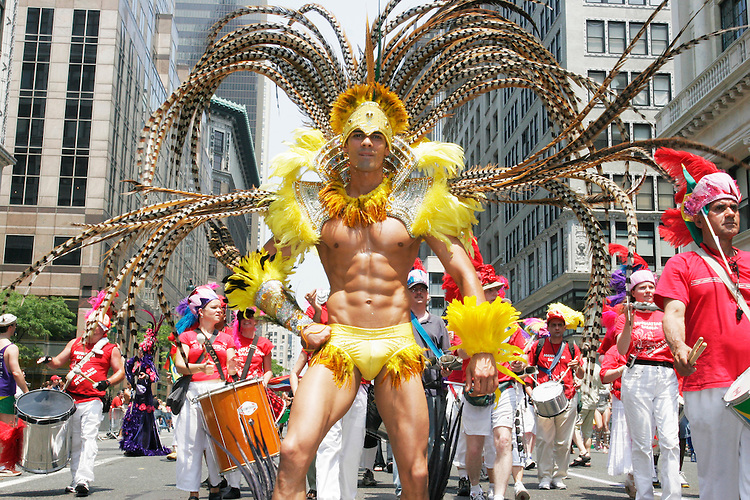 Homosexuals of all stripes (and some pandering politicians) gather in New York City for the Gay Pride parade on June 26, 2005. It is the 35th straight year the parade has taken place, although before 1984 the gathering was known as the Gay Liberation March.