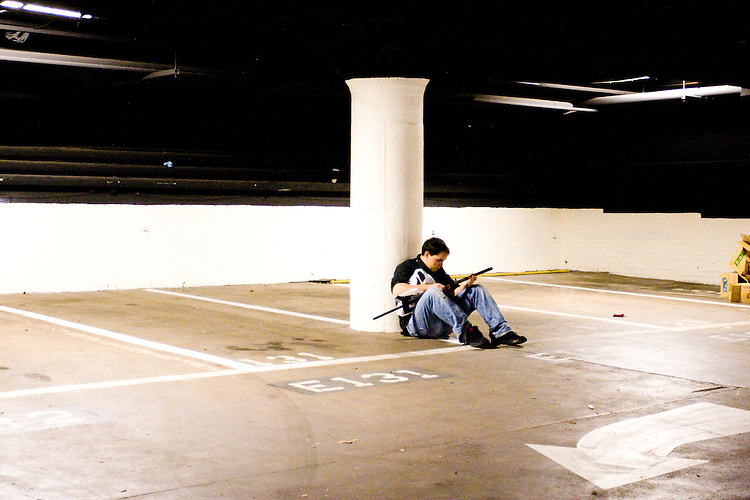 A convention goer admires a recently purchased sword in the parking lot at the 12th annual Katsucon, a convention for fans of Japanese comics (manga), animation (anime), and video games, held in Washington D.C. on February 18, 2006 and attended by over 8,000 people.