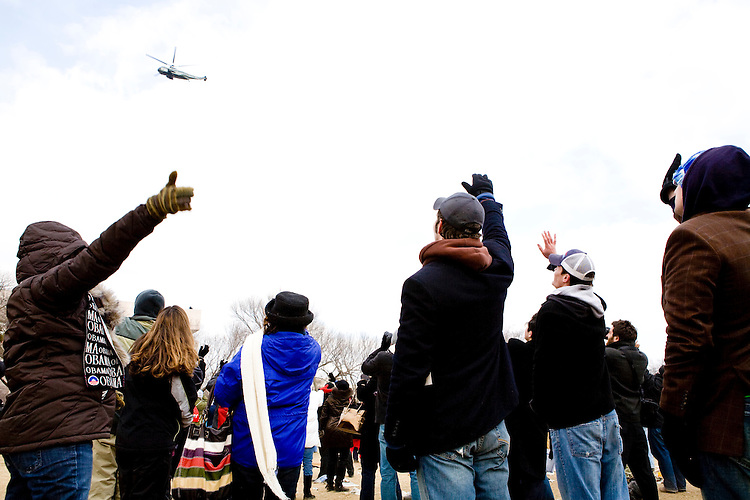 People say goodbye to the departing President George W. Bush as he flies away in a helicopter following Barack Obama's swearing in as the 44th President of the United States in Washington D.C. on January 20th, 2009.