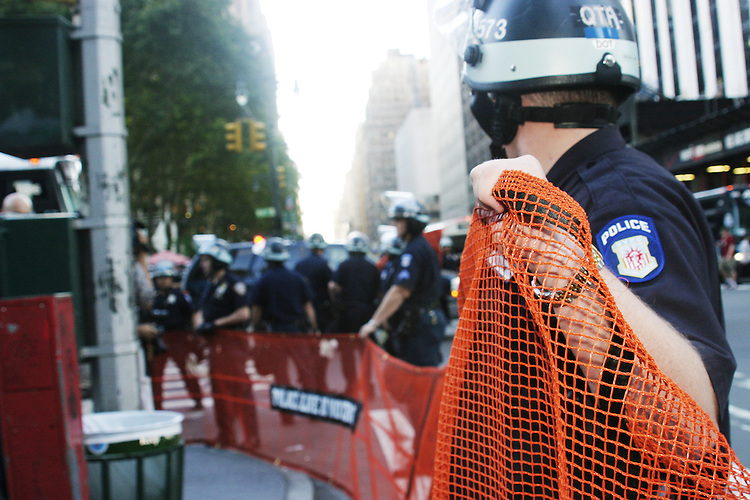 Police use orange nets to corral crowds of protesters at the New York Public Library in New York City on August 31, 2004 during the Republican National Convention. The library steps were a meeting point for a group calling itself the A31 Action Coalition which called for civil disobedience on a mass scale that day. The library steps quickly cleared as police began arresting people, sometimes indiscriminately.