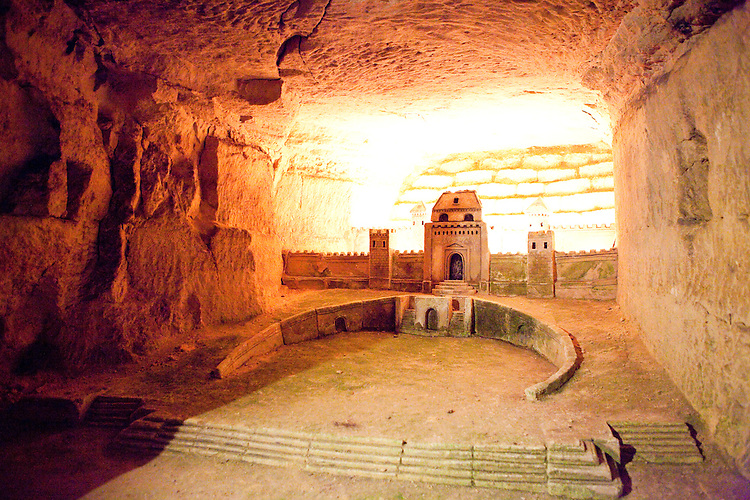 A sculpture of Port Mahon by a worker named Decure in the Ossuaire Municipal of Paris, France aka the "Catacombs", on June 13, 2010. It is said that Decure, a prisoner at Port Mahon for some years, did this sculpture by memory in his spare time while working in the abandoned quarry from 1777 to 1782. Decure was killed when attempting to build a staircase to his creation.