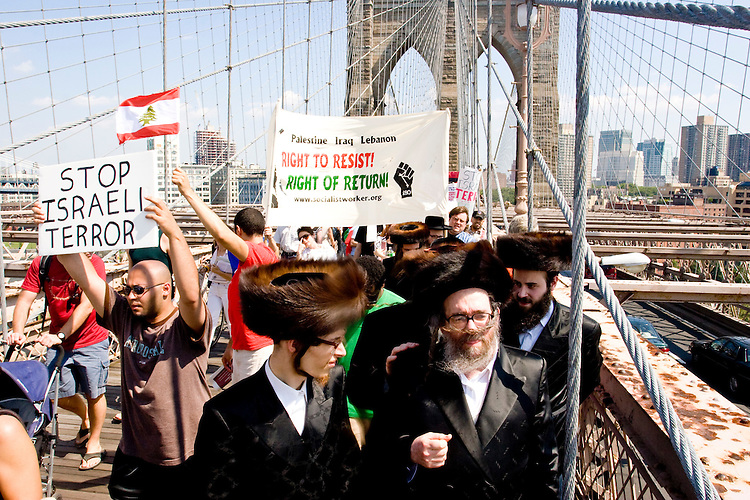 Protesters in New York City decry Israel's actions during the 2006 Lebanon conflict, a 34 day affair that resulted in over 1,000 Lebanese deaths, the majority of which were civilians. Israeli casualties numbered over 100 with the majority being in the military.