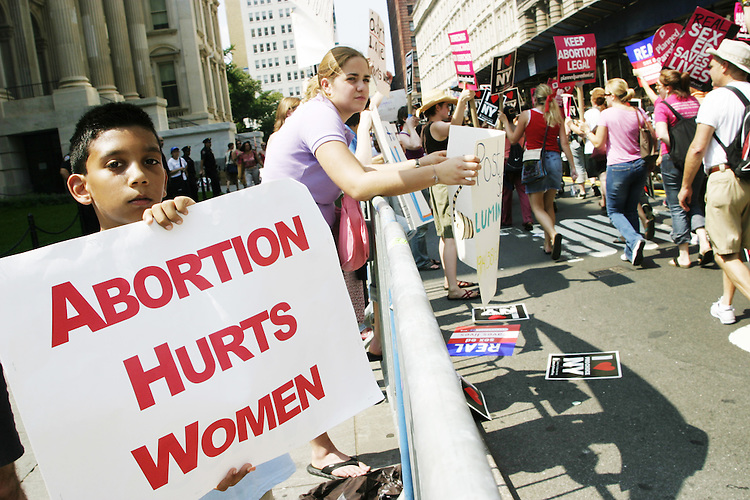 Anti-abortion activists greet the thousands of pro-choice activists who marched across the Brooklyn Bridge and on to City Hall on August 28, 2004 in New York City for the Planned Parenthood March for abortion rights during the Republican National Convention.