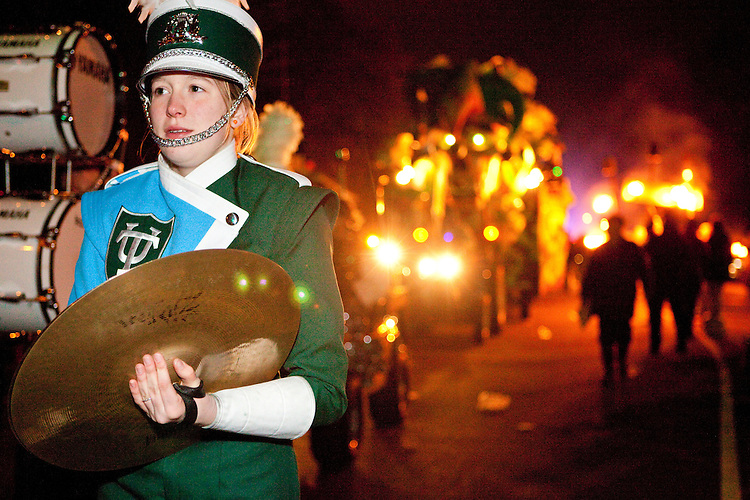 A cymbal player for the Tulane University marching band, with flambeau carriers behind her, at Le Krewe d'Etat parade in New Orleans on February 12, 2010. While Le Krewe d'Etat is a relative newcomer to Mardi Gras, having first paraded in 1998, its practices are very traditional, including riders on horseback, flambeau carriers, and a heavy dose of satire on its floats as it parades on its uptown route.