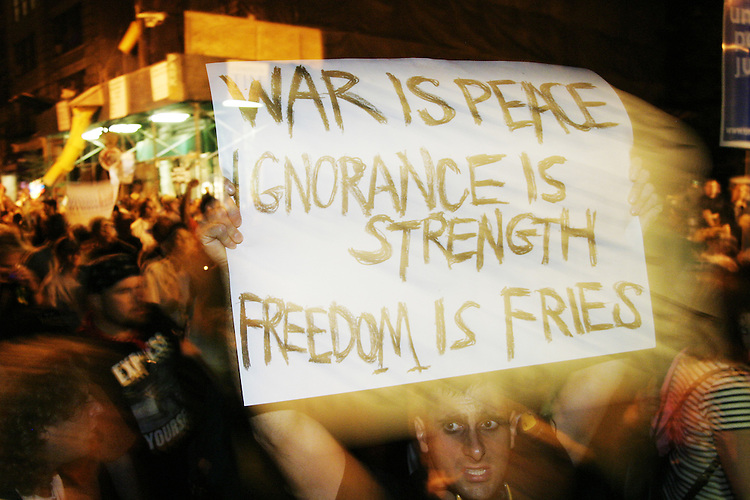 On September 2nd, 2004 as George W. Bush accepted his party's nomination for the office of the presidency at the Republican National Convention in New York City, thousands gathered in Union Square for a candlelight vigil in protest of Bush and the convention being held in New York in general.